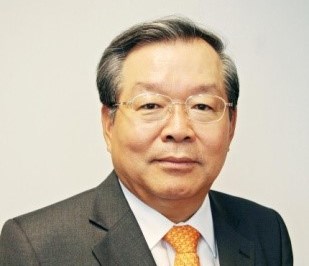 He served as Korean Ambassador to Iraq (2003~2004), Iran (2005~2007) and Vietnam (2007~2010) before his retirement from 33-year of diplomatic career in 2010. Prior to his tour as ambassador, he served as Director-General of the International Economic Bureau at the Ministry of Foreign Affairs and Trade (MOFAT), Counsellor at the Korean Permanent Mission to the United Nations in New York(1993-1995), and the Korean Delegation to the Organisation of Economic Cooperation and Development (OECD)(1996-1998). Earlier in his career, he was Consul at the Korean Consulate General in New York, First Secretary at the Korean Embassy in the Kingdom of Thailand, and Counsellor at the Korean Embassy in the Republic of Costa Rica.

After retirement, he taught at Cheongju University sharing his knowledge and experiences on diplomacy and negotiation. Then he served as Vice-President and Secretary-General of the United Nations Global Compact Korea Network from March 2013 to April 2017. The UNGC addresses the CSR (corporate social responsibility) based on universal values in the core areas including  human rights, labour, the environment and anti-corruption.

He received his bachelor degree in English Language and Literature from Seoul National University, and read International Relations at the University of Oxford.

He wrote five books on diplomacy and international negotiation, including two written in collaboration. OECD – world economic forum in 1998, International Conference – Participation and Negotiation in 2000, Viet Nam Kien Van Luc (Stories on Vietnam) in 2010, China’s Rising and Southeast’s Responses in 2011(co-authorship), and Ambassadors Talk About Korea’s Strategy for Asia in 2013(co-authorship).

The Korean Government awarded him twice with the Order of Service Merit and cited him five times for his effort and service. He was awarded the Order of Friendship by the Government of the Socialist Republic of Vietnam.